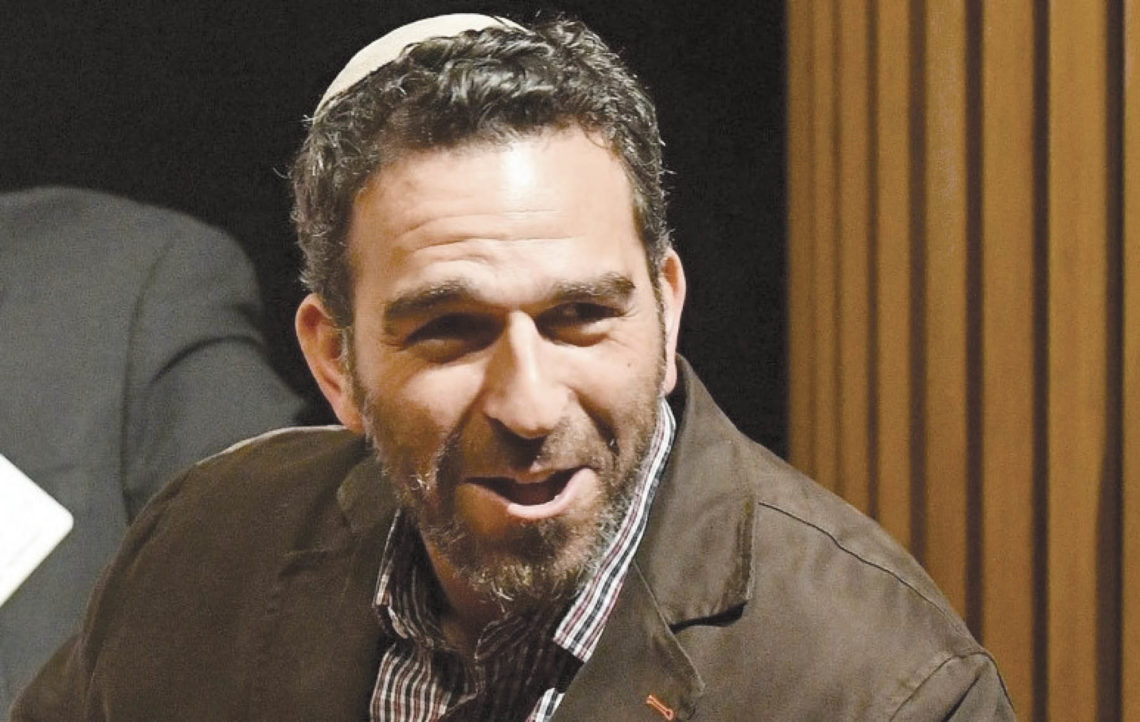 A former New York City club promoter, Rabbi Leor Sinai talks fast and thinks ever faster. His energy is high octane but his wisdom is firmly grounded. His passion for Israel is palpable. And he’s parlayed that passion into his position as the co-CEO of the dynamic and successful Jewish and Israeli educational programs at Alexander Muss High School in Israel (AMHSI). The 47-year-old institution with more than 30,000 alumni has grown significantly since it merged with Jewish National Fund (JNF) USA in 2013.

In taking on his role, Sinai said, “The greatest cause of our time today is education. It’s our No. 1 line of defense. Right now AMHSI is the only program that I know of that is having such a tremendous impact on our youth. If education is the greatest cause, this is a gift from the heavens.”

Many involved with the institution talk about “Muss Magic,” but Sinai said that’s because it’s an exceptional pedagogical model backed up by strong data. “History literally comes alive, and this is the essence of experiential learning,” he said. Add in the Israeli “encounter” of being based in centrally located Hod HaSharon, the students not only live
Israeli history, they live firmly in the Israeli present.

Sinai’s Israel is the intersection of past, present and future. But for all of his historical references and futuristic visions, Sinai’s love for Israel is most vibrant in the seemingly mundane day-to-day. It’s the cashier at the grocery store saying “Happy Hanukkah” instead of “Happy Holidays.” It’s his 14-year-old son riding the public bus alone because “this is Israel. Here, you’re family. It’s a shared experience.”

“ONCE UPON A TIME, IF YOU HAD ANY LEVEL OF JEWISH OBSERVANCE, YOU WENT TO JERUSALEM. TODAY, YOU CAN ACTUALLY COME TO TEL AVIV.”

Sinai also loves what he calls the opportunity to be his full self, without filtering any of his Jewishness. “There are enough challenges and blinders in life that take away our ability to be our fullest selves in this world,” he said, “so why put yourself through that?”

His Zionism is something he affirms daily with pride. “I’m celebrating my existence in this world despite history. I’m proud to be a part of this nation state despite our challenges.”

After years of yearning for a full life in Israel, Sinai and his family made aliyah eight years ago from the Upper West Side of Manhattan to Beersheba. And while he believes that Beersheba is the future of Israel, (and the future of AMHSI, where they will be part of the new Jewish National Fund Israel Education and Technology Center), it wasn’t the right fit for him and his growing family. “We are city slickers, we need more urban than suburban,” he said.

Now living in Tel Aviv, Sinai and his family have found their Zionist dream. “We found city life, diversity of culture, but also religious life — community,” Sinai said. “Once upon a time, if you had any level of Jewish observance, you went to Jerusalem. Today, you can actually come to Tel Aviv.”

His only quibble is that, “I never get to teach and I’m an educator at heart.” But he’s not complaining. He’s at the forefront of inspiring the next generation to form a relationship with Israel, developing the links in our chain of continuity; living the Zionist dream, and inspiring thousands of others to dream with him.